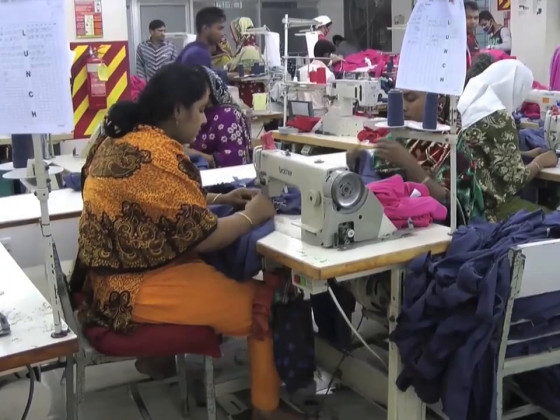 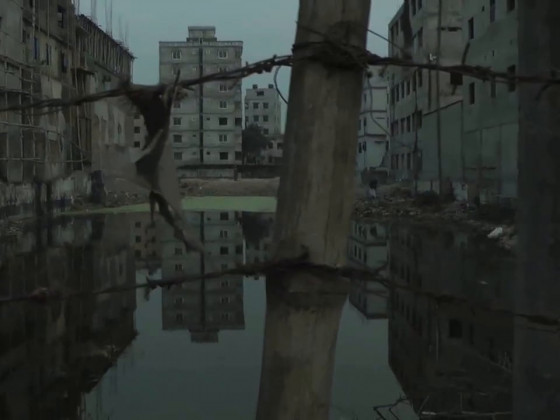 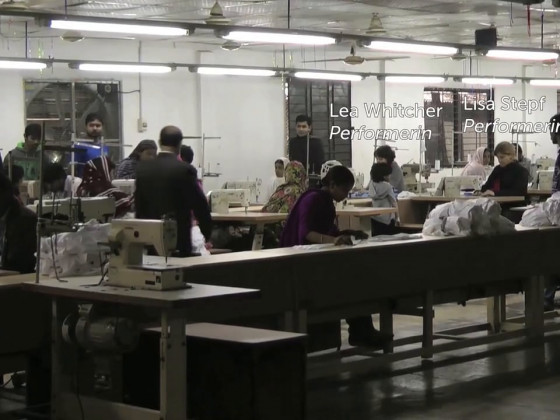 You are wearing a T-shirt "Made in Bangladesh" on your naked skin. Since the collapse of the Rana Plaza building in 2013 that killed over 1000 people, you have a kind of diffuse sense of bad conscience about it. 32 pairs of hands have made your T-shirt.

Shilpi will soon be able to afford to pay for her own marriage, but she is getting tuberculosis from inhaling all the fuzz. Although Naila has just been made supervisor, she's going to quit her job. A star economist predicts a bright future for a proud and independent Bangladesh through the export of expensive textiles. A factory owner regards the work in his factory as a source of emancipation and dignity for her female employees.

Flinntheater went to Dhaka to sew T-shirts, they inhaled fuzz, and navigated their way through strikes and cocktail bombs, tracing the people who make our clothes. Why would you rather earn 30 than 50 dollars a month, Naila? Do you see the naked woman on the T-shirt you are sewing, Shilpi? What does it mean to work in a compliance factory, Mumtaz?

Songs of the T-shirt is a theatrical journey through the global textile industry, between emancipation and exploitation, market and intimacy, Bengali mourning songs and upcycling fashion. Interviews will be reenacted, and consumption options played with, while clothes are continuously changed, following the question of whether it is morally wrong or necessary to buy a T-shirt "Made in Bangladesh".

Produced by Flinntheater in co-production with SOPHIENSÆLE. Supported by the Mayor of Berlin – Senatskanzlei – Kulturelle Angelegenheiten, Fonds Darstellende Künste, Hessisches Ministerium für Kunst und Wissenschaft, Kulturamt of the city Kassel and the Gerhard-Fieseler-Foundation. The research trip was funded by Goethe-Institut Dhaka. School shows supported by Well Being Foundation and Kulturamt of the city Kassel. media partners: Jungle World, taz.die tageszeitung