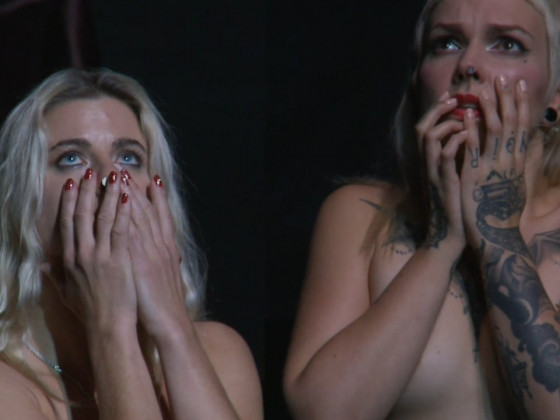 In a virtuoso show with five muses and the god Apollon, Florentina Holzinger examines attributions of the feminine. What does the perfect woman want and what does the audience want from her? Inspired by Balanchine's ballet quartet Apollon Musagète from 1928, this wild new production with an all-female cast tears the god from his throne. Ballet and acrobatics meet freak show, fitness, splatter and trash: a delightful balancing act between high culture and entertainment! If you can't stand the sight of blood, you should consider skipping the show.

Florentina Holzinger studied choreography at the School for New Dance Development (SNDO) in  the Amsterdamse Hogeschool voor de Kunsten. She currently tours her work on performance festivals around Europe. Her performance Kein Applaus fuer Scheisse, a collaboration with Vincent Riebeek brought international attention to their work. Their newest collaboration Spirit premiered in October 2012 at Campo/Genth. Silk is a Solo Florentina created when graduating from the SNDO in May 2011. The performance got awarded the Prix Jardin d’Europe at Impulstanz 2012.