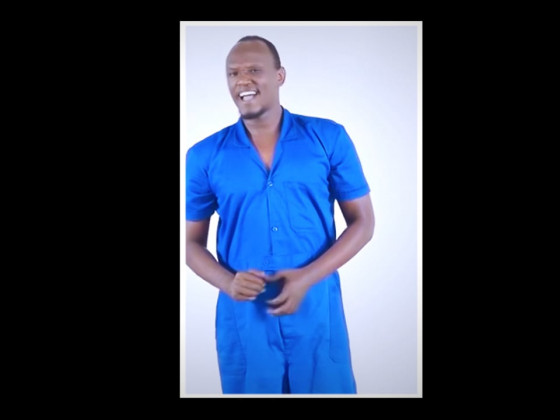 By playing the video, I agree to Vimeo's privacy policy and thus also to the data transfer from Vimeo to the USA.

Due to Covid-19, two performers will appear live on stage and four will perform on video.

Taking Rwanda as an example, Flinn Works consider the women's quota as a political instrument: with 61% female members of parliament, Rwanda has almost twice as many women in parliament as Germany and in this respect has long since achieved what women throughout Europe are still fighting for. After the genocide in 1994, the East African country made gender justice the basis of its policy - in Germany, parity is still far away despite the basis in the constitution. On the trail of Rwandan fast-track feminism, Flinn Works lead through shiny statistics and glass ceilings behind the scenes of home and hearth. A Rwandan drum on stage is the key to power. It was formerly only played for the king, now six performers play for the queen. For Merkel. For parity. With flaming speeches, statistics, lamentations and protest choreographies they perform for the poor Europe, which is struggling for meagre quotas, while Rwandan pilots fly drones with blood bottles across the country and digital data rush to the smartphones of female members of parliament. How does the women's quota change culture and mindset?

Accessibility information
The show lasts 75 minutes without a break and is performed in English, German and Kinyarwandic spoken language. There are partly German subtitles and partly live spoken translations from English and Kinyaruanda into German spoken language. The lighting is rather bright, fast light changes or very loud music are not planned so far. There is verbal interaction with the audience. If you need to leave the room during the show, re-entrance is not possible. The information on accessibility will be continuously updated. If you have any questions or require further information, please contact presse@sophiensaele.com or 030 27 89 00 35.

FLINN WORKS has been working on current issues of the globalised world with feminist and post-colonial questions since 2009. The pieces are based on intensive research and use the political and aesthetic attitudes of the international performers for a multi-perspective dramaturgy. At the SOPHIENSÆLE they recently showed Fear + Fever (2019) together with Asedeva, Kosa la Vita - Kriegsverbrechen (2018) and Global Belly (2017).

A production by Flinn Works in cooperation with EANT Festival/Amizero Kompagnie and in co-production with SOPHIENSÆLE, Theater Freiburg, Goethe-Institut Kigali, Kaserne Basel, HELLERAU - European Centre for the Arts, Maillon Théâtre de Strasbourg - scène européenne. In cooperation with Staatstheater Kassel, Theater Tuchlaube Aarau and FFT Düsseldorf. Supported by the Capital Cultural Fund, the Senate Department for Culture and Europe, the Cultural Office of the City of Kassel, the Gerhard-Fieseler-Stiftung and Between Bridges. With thanks to the Theaterhaus Mitte. Media partner: taz. die tageszeitung.

Simone Dede Ayivi and accomplices have held talks with grandparents, parents and children from different communities and present their diverging ideas of a "better life" in a performative installation.

During the festival, we invite artists and audiences to encounter each other on 1:1 walks, thus offering all those who are not yet drawn back to the theatre spaces with the opportunity for an immediate exchange.

In her triple Bessie award-winning solo, choreographer and dancer Marjani Forté-Saunders pays tribute to the "unicorns" of her life and her community: formative figures such as father, son and brother, homies, pahtnas and fams. The choreography interweaves memories of her father - his mystical knowledge, his love for science fiction literature and his special ability to create realities - with collective memories and historical fragments.

Touretteshero co-founder Jess Thom examines and reflects on the barriers and opportunities that have arisen from the COVID-19 pandemic and the resulting lockdown.

How does the women's quota change culture and mindset? With flaming speeches, statistics, lamentations and protest choreographies Flinn Works follow the trail of Rwandan fast-track feminism.

To resist categories like "normal" or "beautiful", the three performers create a series of exorcisms in which they distort pop-cultural figures and phenomena into monstrousness.

During the festival, we invite audiences to encounter artists 1:1 on walks, thus offering all those who are not yet drawn back to the theatre spaces with the opportunity for an immediate exchange.

This online Audio Tune-in & Collage Wrap-up enables the Tanzscout-Team to carry on, establishing connections between dance piece and viewers - hurray!

A railroad movie meets a chamber play: Four train passengers keep themselves awake with problems on their way to Spitzbergen.

Forward, backward, cut, all back, repeat: two figures move in front of a wall. Their bodies and their relationship to each other are constantly interrupted and so are the narratives that unfold and disappear again.

Complete programme and livestreams at risk-resilience.sophiensaele.com